Composer, organist and choral conductor Juozas Naujalis (1869–1934) lived and worked during the period of profound changes that saw Lithuania re-emerging as an independent nation in 1918. Understandably, the political transformation went hand in hand with cultural revival which, obviously, included music. Often named the patriarch of Lithuania’s professional music, Naujalis is now mainly remembered for his many songs. Lyric, patriotic and relatively easy to learn, they remained popular even during the darkest years of Soviet occupation (1940–1990). One of them, Lietuva Brangi (My Dear Lithuania), has for many decades been sung as the nation’s second anthem.
In the late 19th century, when Lithuania was still occupied by tsarist Russia, Naujalis launched a training programme for organists and choral conductors, the initiative that eventually led to the opening in 1919 of the nation’s first music school in Kaunas, which still exists and now bears his name. In addition to that, he opened in Kaunas the first bookshop offering books and other publications in Lithuanian; he established the nation’s first newspaper dedicated to music; and he was head of music at the Lithuanian Society of Artists.
In 1899, when Russian authorities tended to eradicate any sign of Lithuanian national culture, Naujalis established, in secret, a choir that few years later grew into a musical society which since 1905 was in charge of dozens of remarkable cultural initiatives, including the first National Song Festival in 1924 with Naujalis as its chief conductor.
Throughout his life Naujalis, undoubtedly, followed certain moral principles some of which he revealed to his son. “Some people are less talented than you, but they live in material abundance never the less. What’s important is the way they have achieved it. Their backbone is remarkably flexible and they know when, where and how they should show obedience. They push away those who are weaker and have no opinion of their own, yet they always accept opinions of the mighty. Follow that path if you want hollow honours and material rewards. But if you want to remain yourself, remember that being yourself is a luxury that will cost you dearly.” 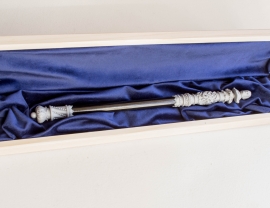 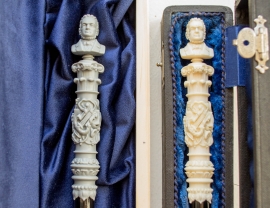 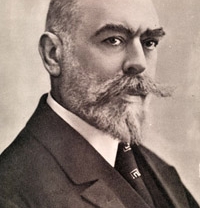